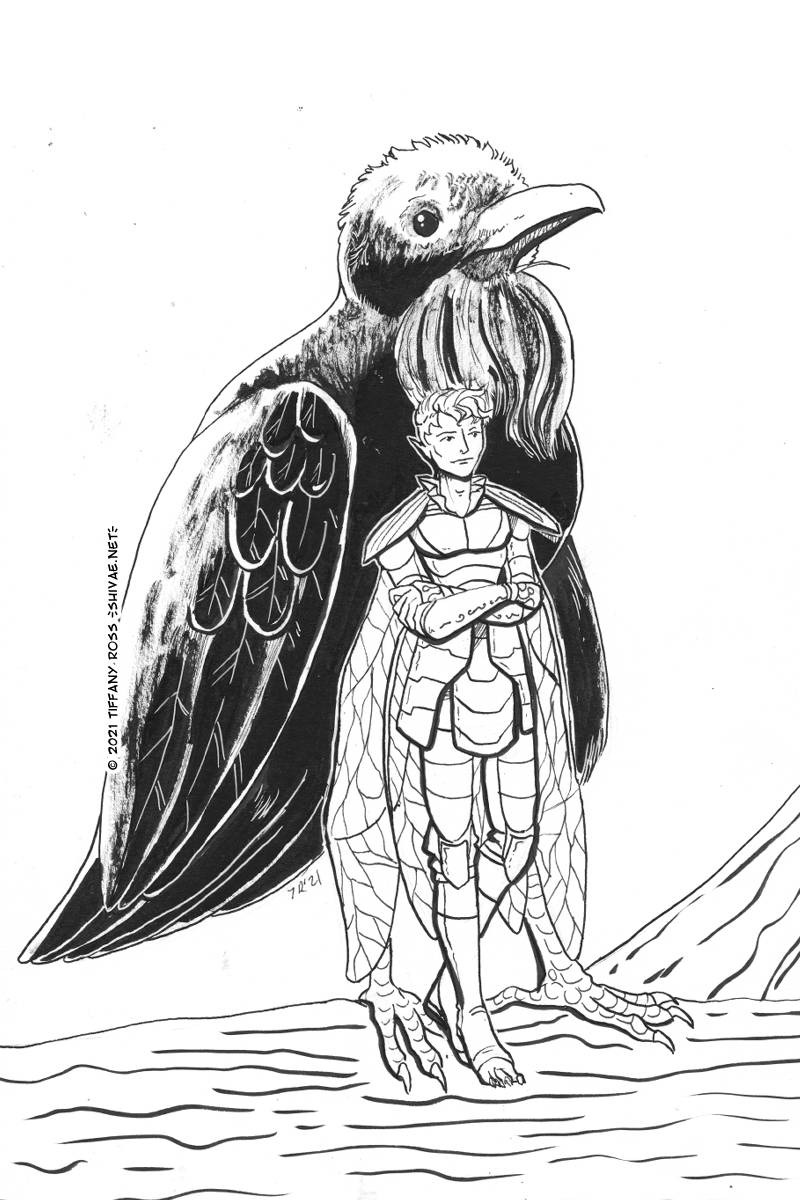 Well... I got a few done, but then I got sick and it derailed everything. However, I intend to continue the series.

This is Sulien Ravenwood, or Sully, or King Sully. He is a bit full of himself, his looks, and abilities and thus, a departure from my usual leading males. He's also a liar about stupid, stupid things. On the positive side, he's a good leader, just severely overworked and stressed out due to his colony's location locked in the middle of a suburb they can't escape from,... that is... until he makes a really bad judgment call and ends up crashing into a closed window and in the hands of a well-meaning girl.

This is a novel I've already written. It and half of the sequel which is waiting for me to rewrite it to publish. I have a whole series planned for it called Fairy Hunters, in which they constantly correct everyone that it's FAE and not FAIRY. :D This one takes place more in the human world and is probably a bit easier to market than the others that are Historical Fantasy or outright Fantasy, because the Urban Fantasy parents don't play into the first stories. They're ALL urban fantasy. :D - Tiff