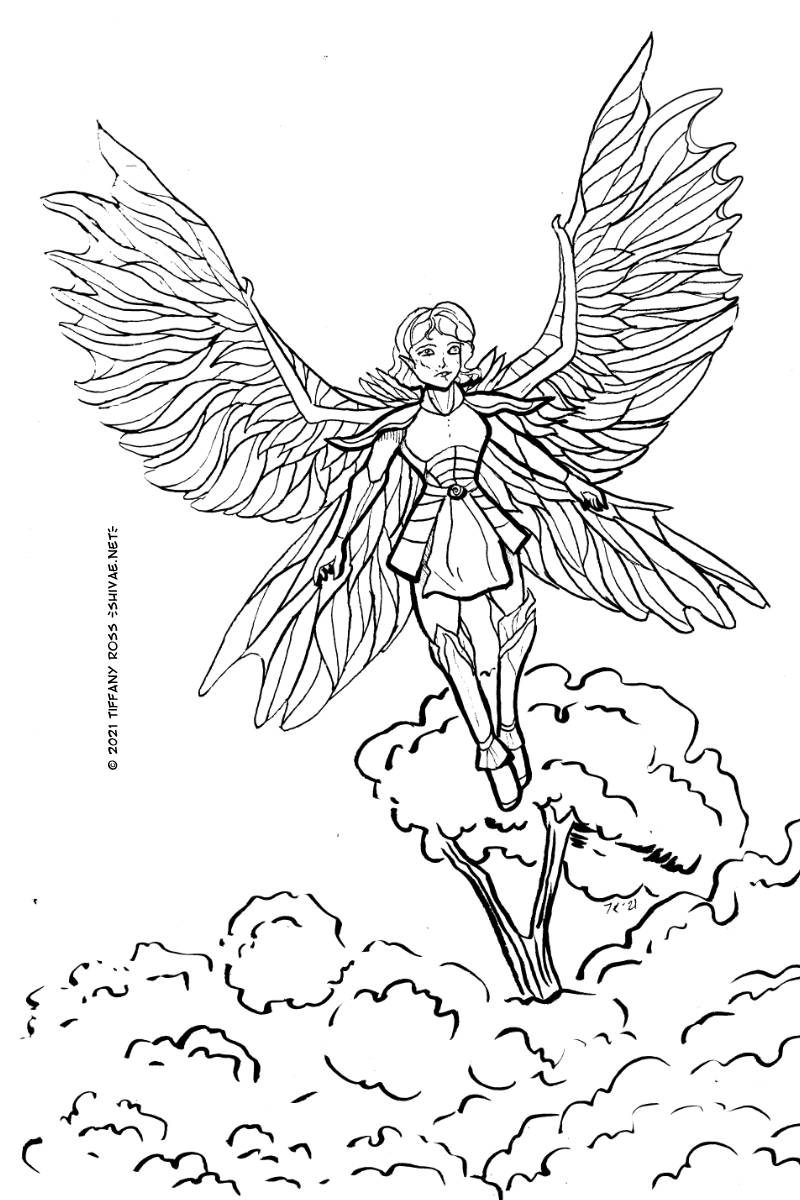 This is Reanna, a Solis/Soliel Fae from the story I'm going to be shopping around to agents next year. She's the last of her kind and stuck in a dark forest that's slowly killing her. To the residents of the Sunfileds, her peoples' prior home, she is referred to as the Shadow Queen, an entity that haunts the people of the fields. Note that those residents are a race of warrior/predatory Fae that came into her kingdom seeking aid and a mistake ended in them chasing all of her people out and taking over. How a handful of starving refugees managed to overwhelm thousands of well-trained, healthy warriors on their home territory is a mystery... and even the Fae who took over don't remember what happened. - Tiff